A lot of people wonder why I call Attorney Aaron Pelley’s Seattle’s Best Snitch. You see when I figured out he was setting me up to be convicted for my fake marijuana trial. I launched a pre-emptive attack against him and the rest of the conspirators or what I like to call SNITCHES by using an NSA search engine optimization TRAP I invented called the [SEO Bunny Hop]. 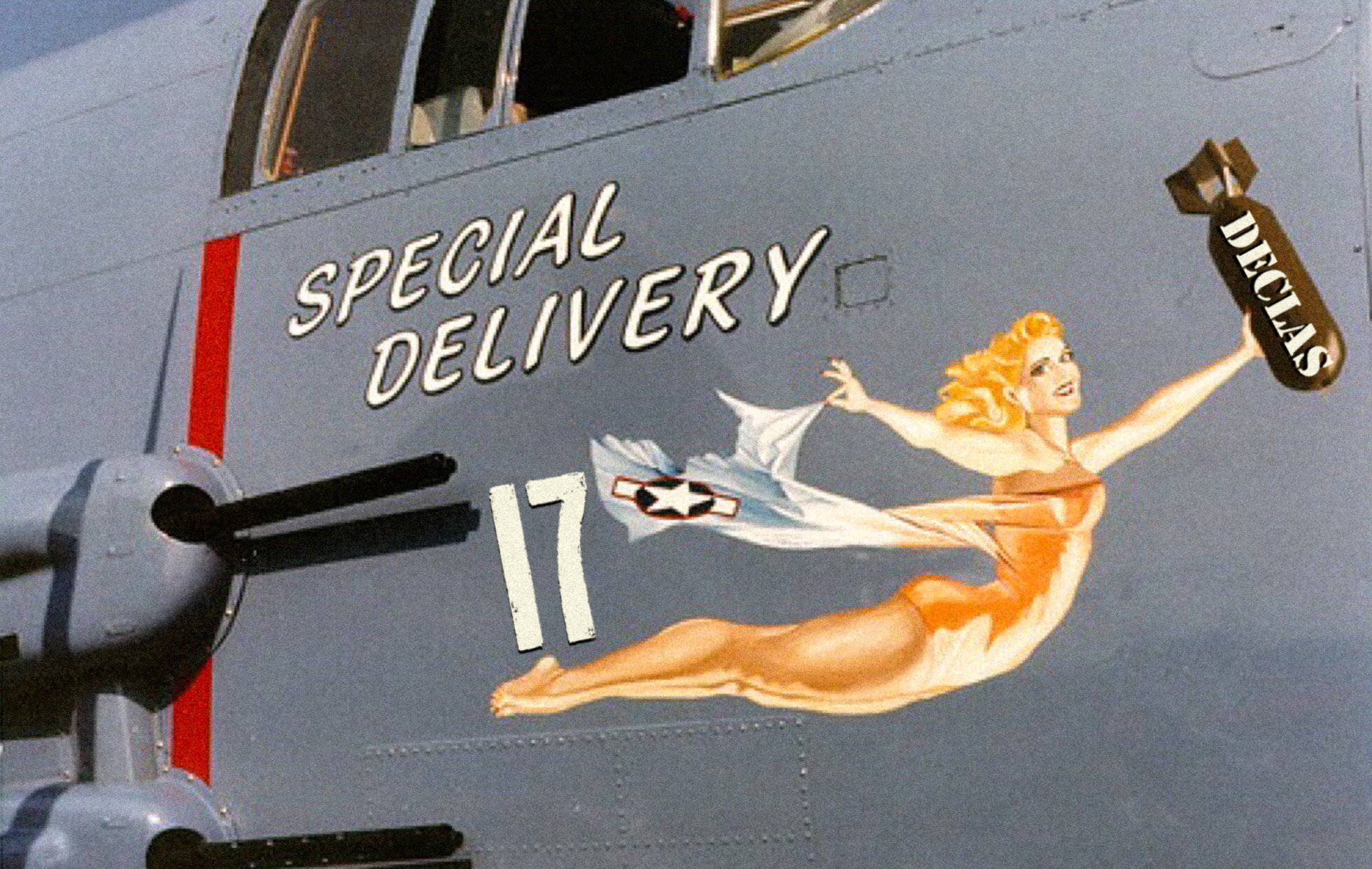 The goal of this thread is to show you CLUES presenting in my timeline of news clips, emails, and legal filings that this is indeed what transpired. The average lawyer will be able to figure it out on the first page. The rest of you I will walk through the facts step by step over the next week. What’s even MORE interesting is Aaron Pelley connects me to the law firm of Perkins Coie in four hops. Later you will learn why that is so important to MY STORY…..Q-  At the time of my attack I knew nothing about Perkins Coie but as you read on you will find out why it so ironic!!!!

You see my friends. I KNEW Aaron Pelley was setting me up I just couldn’t prove it. What I needed was help. And the best hackers in the world are the NSA.

Some of you remember Edward Snowden released a bunch of secrets from the NSA which included the fact that ALL of us where being spied on including judges, lawyers, cops, politicians Senators and even the PRESIDENT.  I worked at Microsoft for 15 years and understand the technology well. After I watched the video by Jacob Applebaum titled “To Protect and Infect.  I knew exactly how I could set them up. If you don’t have computer background skip this video.

So to understand how Aarron Pelley became Seattles Best Snitch I have to take you back to when our LEGAL marijuana grow operation was robbed by the University Place Police. First lets look at the news article printed. There were many more but most where scrubbed from the internet.

Travis Lyons, 28, was reportedly fired from his job after allegedly admitting that he took the money from a house with a marijuana grow operation this week. He was charged with second-degree theft, tampering with evidence and misconduct.

Lyons, who turned 28 in July, was charged in Pierce County Superior Court on Friday with second-degree theft, tampering with physical evidence and official misconduct.

He was also fired from his job Friday with the city, according to The News Tribune. The City of University Place contracts with the agency for police services.

The allegations occurred Wednesday, when Lyons was called to a home in the 7700 block of 35th Street West. A deputy was called to the residence for a report of a burglary and eventually discovered a marijuana grow operation.

Lyons was called to the home to assist with the handling of a dog, according to charging papers.

During the initial sweep of the house, the deputy reported a stack of cash on a bedroom dresser.

“At some point between the time of the sweep and when members of the Special Investigations Unit came to execute a search warrant, it was discovered that the cash was missing,” court papers state.

When the home’s owner – who told authorities she had a legal grow operation for a Tacoma dispensary – arrived, she claimed there was money missing.

The four deputies  – including Lyons – who initially responded to the scene were called back to the home, where they learned of the missing cash. Each consented to a search of their vehicle.

During a search of Lyons’ vehicle, authorities “discovered a large quantity of cash beneath the driver’s seat of the vehicle,” court papers state. “The money was located as (Deputy) Johnson slid the driver’s seat forward and began to search the area directly behind the seat.”

A K-9 unit was brought in and responded to the money in a manner that indicates there was drug residue.

Lyons and his partner were interviewed. Each denied stealing the money and blamed each other.

“Hey, it’s Travis,” Blair recalled Lyons saying to him. “I wanted to tell you that I did take the money yesterday and I want to come clean about it.”

After coming into the station, Lyons initially claimed he found the money in the grass near where he parked his vehicle, but he later admittedthat wasn’t the truth. After trying to hide the money from fellow officers at the crime scene, Lyons said he “panicked and threw the money in the back seat.”

“When asked why he had taken the money, Lyons told Blair, ‘I’m not sure. I’ve just never seen money in a stack like that.”

Lyons is scheduled to appear in court Aug. 23

So this is how it went . A man by the name of Carl Rubicam drove by our legal grow up and made a 911 call saying he saw two kids breaking into a house in the middle of the day in the summer. Keep in mind that the cell phone was activated TWO DAYS before the call was made. After I got copy of the 911 transcripts I looked him up on Facebook and guess who was on his friends list? Seattle and University Police officers and even a 911 operator. Since this thread is dedicated to Arron Pelley Seattle’s Best Snitch I will not go into full detail about how I figured out the police committed a armed robbery on my business, if you want to read the full details including the 911 and CAD transcript it can be found here.

So after the DOG CATHCER was found guilty a year later I hired a lawyer by the name of Stefani Quane The Whore to sue Pierce County to get my equipment back and compensate me for my business losses. I paid her a few thousand dollars and she went to work. She talked to a few local lawyers and made some calls to city officials. After about three weeks she suddenly quit, didn’t return my money and offered no explanation. Two weeks later I get a letter in the mail from Mark Lindquist charging me with a felony for growing marijuana. Now keep in mind this is one year after the house was raided and I was the only one charged. Not the three people at the house and neither was my wife who was on the business license and worked at the dispensary. Just the black guy who was trying to sue.

One weird encounter I have to tell you about. Stefanie took me to go meet with Tacoma Pot Attorney Jay Berneburg while she was still working for me. I remember him saying oh this case is too big for attorneys like us he’s going to need a major law firm. This mother fucker gave me real bad vibes and it turns out he owned a medically marijuana a dispensary and ended up owning a recreationally marijuana dispensary. Pretty convenient eh???? I just have a good feeling this MF is connected the Grand Wizard of Pierce County Mark Lindbitch.

So after Stefani Quane quit and I was charged with a felony I decided to hire Aarron Pelley one of the well known marijuana lawyers in seattle to represent and get the fake charges thrown out. Not lets look at the time line from the court records to the date he first represented me to time he withdrew.

The LYNX time line can be found here https://linxonline.co.pierce.wa.us/linxweb/Case/CriminalCase.cfm?cause_num=13-1-01685-2

The motion to dismiss can be found here.

Questions for lawyers reading this.

Why wait so long to file a motion to dismiss when a city employee was charged with tampering with physical evidence and basically pleaded guilty?

Why did Arron Pelley withdraw from the case three days after filing the motion to dismiss?

Why did the city of Tacoma refuse over and over to provide discovery especially concerning Travis Lyons?

Imagine if you will, that you are a world-class detective like the bitches over at the FBI. Watch this video very closely and see what clues you can gather for the remainder of our STORY about Aaron Pelley Seattle’s Best Snitch.

First, let me give you some background. After I busted the story on my Blog about the setup, my enemies up there game and sent in one of my OWN vendors to try to entrap me into agreeing to murder his roommate with a bunch of GANGSTER FRIENDS. I knew he was coming to set me up because I had been warned by FRIENDS he was coming so I held my iPhone naturally while I talked to him and then posted the video on Youtube.

The STORY continues here Including Emails From Aaron Pelley and his Collorbation with Mark Lindquist the Grand Wizard https://isenselogic.com/mark-lindquist-the-grand-wizard/